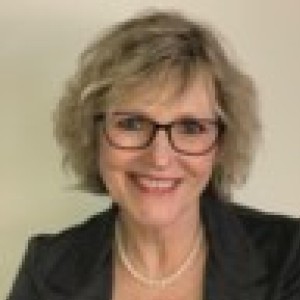 Americans agree on very little these days. Yet there is one point on which red state conservatives and blue state progressives are increasingly united: Wall Street can no longer be trusted. Though Wall Street has always been somewhat of a roller coaster, it has felt more like a runaway train heading over a cliff created by the COVID-19 pandemic.

In late February, the S&P 500 index hit its highest level ever—3,393.  Within the next four weeks, the rapid spread of the COVID-19 sank the index to 2,192.  Today, Wall Street seems to be creeping back to recovering, as the indexes have crept back up. But while Wall Street’s 1% might be breathing a sigh of relief, the other 99% of Americans are in much worse straits, with record numbers facing poverty, hunger, business closings, unemployment, under employment and other economic havoc.

Once the dust settles from the COVID-19 crisis, communities across the world will find their economies shattered—in part because we uncritically followed the ideas of David Ricardo over the past two centuries. Restaurants, retailers, theaters, service providers of every stripe, even physician practices will be seeking bankruptcy protection by the millions. After the trillions in federal assistance run out, we will all be looking for ways to rebuild our economic lives.  As we do so, we will need a new set of principles and practices of economic development that do not leave us sitting ducks for the next crisis.

For an idea of what should come next, I dusted off my copy of Brittle Power:  Energy Strategy for National Security, written by Amory and Hunter Lovins in 1982.  That book was mostly about the huge vulnerabilities in the U.S. energy grid, but it was really about economic design. Chapter 1 begins:  “The United States has reached the point where:  a few people could probably black out most of the country; a small group could shut off three-fourths of the natural gas to the eastern U.S. in one evening without leaving Louisiana;…a few people (perhaps just one person) could release enough radioactivity to make much of U.S. uninhabitable….”

Chapter 13, titled “Designing for Resilience,” contains a brilliant distillation of the criteria for creating resilient systems—concepts any good engineer would recognize.  Resilience requires creating a network of relatively independent, self-reliant nodes, so that the failure of one node does not imperil the entire system.  Connections between nodes should be optional, not compulsory.  Diverse systems are critical because they are less likely to fail all at once or in the same way.  These systems should be simple, replicable, and transparent.

Our community economies have become too narrow, too dependent on outside forces, too vulnerable to complete shutdown by an unforeseen crisis.

We need a different way forward, what we might call the Theory of Comparative Resilience.  My basic proposition is simple:  Those communities that are best able to withstand future crises—whether pandemics, climate disruptions, or financial meltdowns—will be the ones that thrive economically.  They will be the best places for investors to park their money.  They will attract the best and the brightest people.  They will be the places where residents feel secure enough to innovate.

But there is an alternative.  It’s simple and right in front of us, and we can all start now.  Let’s explore how to invest in the local businesses you love that will be desperate for cash in the coming months.  Invest in great local projects your city will initiate—perhaps in energy efficiency or local food systems—that will increase your local resilience.  Invest in the people around you who need assistance, like your kids who need help getting out of student debt.

You have already reported this
Clear Clear All
Change Location
Find awesome listings near you!